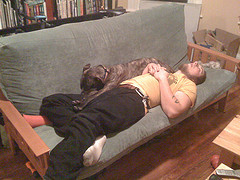 It’s now 3:00 am,  and your partner is snoring.  Yes, again.  While sometimes this is viewed as a laughable condition, there’s nothing funny about snoring.

Not everyone realizes the risks that may be faced by someone with a serious snoring problem.  This seemingly innocent condition can actually degenerate into sleep apnea, a chronic sleep disorder that can cause several negative health effects.  If you are a snorer, it’s vital to find out whether or not you may have sleep apnea.  END_OF_DOCUMENT_TOKEN_TO_BE_REPLACED 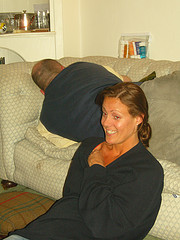 Anyone who has ever spent a sleepless night with a noisy partner is well aware what snoring is all about.  Snoring can test the strength of any relationship, however,  understanding the cause of snoring can make it a little easier to manage.

Snoring is noisy breathing as a result of the nasal passageways and upper respiratory tract becoming partially or fully blocked.  When the obstruction causes breathing to stop during sleep at least 5 times every hour and for periods in excess of 10 seconds, it can suggest the presence of sleep apnea.  This can be an very risky condition that may cause the afflicted individual to literally die asleep. END_OF_DOCUMENT_TOKEN_TO_BE_REPLACED 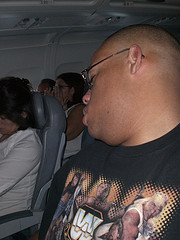 A nighttime intruder creeps into the deepest corners of your sleep, and quietly takes your breath.

This sounds like a really terrifying nightmare.  In fact,  it’s something that countless men, women, and children, face every night of their lives.

Sleep apnea is generally a medical problem characterized by the interruption of breathing during sleep. The literal translation of ‘apnea’, in Greek,  is “without breath”.  If left untreated, it is a problem that can lead to some very serious health concerns. END_OF_DOCUMENT_TOKEN_TO_BE_REPLACED 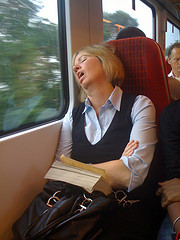 Snoring is a bothersome,  although largely harmless,  practice.   On the other hand, sleep apnea  is a medical disorder that can lead to serious consequences.

Sleep apnea happens when a person is unable to get sufficient oxygen into their system while sleeping.  Periods of apnea can last 10 seconds or longer,  and often cause the afflicted individual to wake in the night,  gasping for air.

*  In America alone, sleep apnea may be widespread in as many as 18 million people.  That means that approximately END_OF_DOCUMENT_TOKEN_TO_BE_REPLACED

Does someone in your house experience sleep apnea?  If  yes, you’ll know it.  On the surface, sleep apnea can look just like a hefty bout of snoring.   However, the long-term effects can be devastating.

A lot men, women and even children suffer from sleep apnea without even realizing it.  When people with apnea fall asleep, the muscles in the upper part of the airway begin to collapse on themselves.  This can be usually the result of a number of underlying conditions.  For example, being overweight can cause muscles and tissues  in the airway to become flabby.  The airway becomes obstructed, causing the person to actually stop breathing for a few END_OF_DOCUMENT_TOKEN_TO_BE_REPLACED