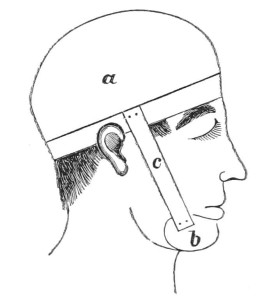 Are you wondering if snoring is a problem that you can pass on to your kids? Sadly, the answer is yes, you can. According to a research study published in the journal “Chest”, children that have at least one parent who snored were 3 times more likely to snore themselves when compared to children whose parents had no snoring problem. The study was undertaken in order to more accurately determine the inheritance of snoring due to the fact that snoring is “the primary sign of sleep-disordered breathing”.

In fact, snoring is a warning sign for the dreaded affliction known as Obstructive Sleep Apnoea, or OSA. This disorder causes the patient to stop breathing while asleep due to airway obstructions. Basic, primary snoring is hindered breathing. However, it is breathing nonetheless. When Obstructive Sleep Apnoea is present, the person will stop breathing for periods longer than 10 seconds while asleep, waking them up to make them gasp and choke for air.

This problem is also an issue not only in the evening. Obstructive Sleep Apnoea leaves the afflicted with headaches and sore throats when they wake up. The lack of sleep due to the OSA is responsible for irritability, lack of concentration, and bad behavior. If OSA is left untreated, it can increase blood pressure, make the heart work harder, lower blood-oxygen levels, and cause a greater occurrence of heart attacks and strokes.

Dr Maninder Kalra, the lead author of the report, stated that the benefits of the research study included identifying which children snored so that doctors could more accurately identify the high-risk groups for sleeping disorders, and be able to inform their parents to help prevent any long-term damage.

Kalra was also quoted as saying “More than forty million children in the western world have allergies. In addition, the incidence of allergy-related respiratory diseases is a risk factor for obstructive sleep-disordered breathing, the association between habitual snoring in young children and Atopy has not been studied. “Now that we know how prevalent snoring is in children this young and that it is more common in children with positive Atopic status, health care professionals and parents can take appropriate action.”

With this information, you can now tell whether or not your own children are at a risk for suffering from sleep disorders. If snoring happens, it is important to get your child screened for Obstructive Sleep Apnoea. If left untreated, the effects it can have on a child are irreparable. Polysomnography tests are available at most local hospitals. They are painless, and they are often covered by insurance.