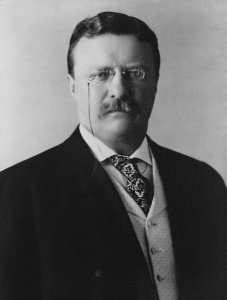 Snoring can touch any body. So when you are lying there at night feeling whatever emotion snoring causes you to feel – hopelessness, frustration, annoyance or pride, you should remember that you are one among a very large and varied group. Some very famous individuals were known to be snorers. Many of the popular snorers have the basic characteristics that many snorers share. Napoleon Bonaparte displayed many of the typical signs. He was obese, with a thick, short neck and was believed to have had a nasal blockage. Napoleon was known to fall asleep anywhere, including amongst a group of people. Very odd, there are no records to his snoring, yet history claims he did.

Winston Churchill was a well-known snorer. In his later years, he was quite badly overweight, enjoyed his cigars and drank his fair share of alcohol. All these are snoring signs. He was also famous for his afternoon naps. Winston Churchill lived to be 90, which was quite surprising considering his health habits and sleep disorder.

President Grover Cleveland was known to be the second heaviest President of the United States. William Howard Taft, who was believed to have weighed 330 pounds, was the heaviest. Cleveland was thought to have weighed about 280 pounds. Although there are few notes on his health, he was woefully overweight and his final 10 years was known to have a fleshy thick neck. Add to that fact is his love for beer and it certainly is little surprise that he too was known for his snoring.

Franklin Delano Roosevelt suffered from sleep apnea and hypertension, both of which it is believed were factors contributing to his death in 1945. He was believed to suffer from a sleep disorder that made him feel more tired than he should be especially in the early mornings. Franklin D. Roosevelt was a smoker and known to be a snorer.

Teddy Roosevelt was famous not only to be a snorer, but of deafening proportions. There was a time when he was in the hospital, the other patients complained about the loud noise coming from his room. Like many of the others, he put on a lot of weight later in life. Sadly, he died in his sleep, at only 46.

As Queen Victoria aged, she gained a lot of weight. A small lady of only five foot two, she was anything but petite with a 46 inch waist. She was well known to be suffering from insomnia. It was, in fact, bad enough that during carriage rides; her ladies in waiting were instructed to gently keep her awake by moving around her pillows, as she was known to fall asleep in the middle of the day and snore.

This is only a short list of historical figures that were known to have suffered the nightly affliction of noise making that is known as snoring. If you are a snorer, you certainly are in the company of some famous and well-respected people who suffered the same as you.