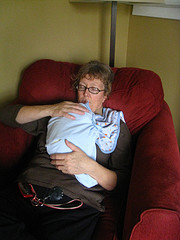 All women naturally have their little secrets.  It’s what really makes us so.. “mysterious”.  The problem is that some secrets, for instance snoring, don’t stay secret forever.

Couples are supposed to share everything, therefore,  sooner or later he’s going to find out that you snore. However, if it’s any consolation, you’re not alone.  Five percent of women snore,  by the age of 30.  And,  by the age of 60, this number increases to nearly forty percent.

Naturally, as women age, our bodies change.  Through our forties and fifties,  we tend to lose body tone and start to retain a little more fat.  Consequently,  our airways can become constrict or flabby, which leads to a partial collapse and a hearty bout of snoring.

Hormones play an important role in snoring,  as well.  Low estrogen levels brought about with age can be blamed for the start of snoring. These estrogen changes can also happen because of a hysterectomy or the onset of menopause. Physicians believe that a younger woman’s higher estrogen levels usually stimulate the muscles and keep them from relaxing.

Heavier, shorter women are more likely to snore than their taller, thinner counterparts. While men tend to snore when they are just 20 percent overweight, women are usually 30 to 40 percent overweight before they begin snoring. This is because women have a smaller uvula and a large airway than their male counterparts.   Generally, the upside is that women don’t snore nearly as loud as men do.  Reaserchers prove it!

Overall, your snoring is no more troublesome than you (or your partner) make it out to be.  If you believe that hormones or age are causing your snoring, don’t worry about it.  The very fact that you’re a woman means that you’re intuitive enough to look for the cause, sensible enough to find a solution, and strong enough to get rid of the problem.

There are, of course, some outside influences that can also bring on a bout of snoring:

*  If you smoke, simply stop.  It’s a filthy practice and makes you age prematurely.

*  Alcohol can bring on snoring, as it softens the muscles in your airways. Avoid it.

*  Overweight?  This is another perfect reason to try losing some extra pounds.

*   Do away with milk products when close to bed (And yes, that includes that mug of warm milk you truly enjoy so much).

*  In case  you’re a mouth breather, try to work on sleeping with your mouth closed.  An open mouth is bound to let the snores escape, so try breathing only through your nose.

* Tranquilizers and sleeping pills will relax your throat muscles and make you snore.

* Rather than sleeping on your back, trying rolling onto your side. This can make a significant difference in the amount that you snore.

If these natural remedies don’t do the work,  try using the over-the-counter nasal strips. Usually, they’re inexpensive and quite effective.  You can find a method to conquer your snoring and don’t worry;  it will be our little secret.